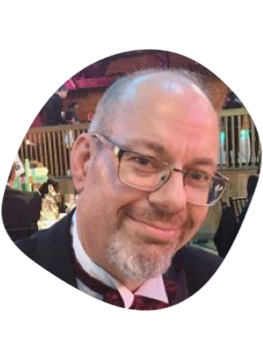 Like any engineering discipline, Biomedical Engineering concerns the application of engineering principles to problem solving in medicine and biology. This talk will follow my journey within the biomedical engineering field. My journey takes me from Malta, to New Zealand, to Canada and then the UK – but more than physical location it takes me from working on extracting information from the human brain and understanding what goes wrong when people have epilepsy, to understanding brain activity in those that are severely debilitated and unable to communicate: Brain-computer-interfacing allows those that are “locked-in” to communicate with the world around them. To do this we had to develop sophisticated data analysis techniques, methods such as blind source separation giving the ability to extract “conversations” initiated by the brain and deciphering the “words” used.  This work in BCI led to working on an idea, a concept, that of brain-to-brain communication and with it all the many questions of the ethics that arise. In tandem my work expanded to not just extracting and understanding brain activity, but to also using the same machine learning techniques we were developing to extract and give meaning to behaviour, especially when extracted in an unobtrusive manner over day-to-day activities. Getting a grip on behaviour monitoring allows us to further understand conditions in mental health and to track changing behaviour on an individual basis.

My journey also involves taking research ideas to practical realities – my company EMbody Biosignals Ltd. develops and distributes a worm tracking station called TrakBox – a low-cost platform that allows neurobiologists to envision nematode behaviour on a scale previously unobtainable. On the other hand, my latest spin-out Augmented Insights Ltd.is taking our AI based behaviour monitoring algorithms and applying them to a series of application areas – initially in the management of older people in a care home environment.

Most of all though, amongst others I will explain why tracking drunk worms is “a thing” and what it has to do with monitoring the well-being of mental health patients and the use of assistive technologies!

He is a biomedical engineer whose research centers on the development of biomedical signal and pattern processing techniques for use as diagnostic or prognostic tools in the treatment of disorders of the human body – mainly in analyzing brain activity and in behavior analysis. He has published over 170 papers and has regular interaction with the press through newspaper articles, opinion pieces, radio interviews and TV programmes. In November 2012 he gave the prestigious IET Wheatstone Lecture on Brain-to-brain Communication in Chennai, India. In 2012 he was awarded the IET Sir Monty Finniston Medal and in 2013 the IEEE MGA Achievement Award. For the last two years he has been listed in the ”top 2% of scientists in the world, highly cited researchers list”, a study by Stanford University.

He is founder and CEO of EMbody Biosignals Ltd. (www.embody-biosignals.co.uk) concentrating on nematode behavior monitoring. He is also founding director and acting CEO of Augmented Insights Ltd. (www.augmentedinsights.co.uk), a spinout company from the University of Warwick creating pattern recognition algorithms to extract behavior information from health data. 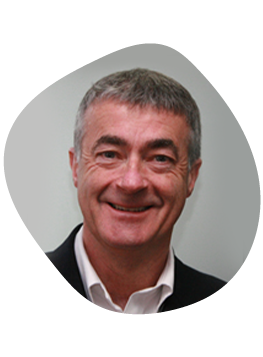 The last decade has witnessed a ‘responsibility turn’ in scientific research from the UN Prime initiative, through the San Francisco DORA to the Leiden Manifesto, among others. These initiatives aim to return consistent quality and responsibility back into scientific method. Business and management research, criticised by many senior scholars for lacking both rigour and relevance, spawned the highly successful Responsible Research in Business and Management (RRBM) movement whose influence has helped shape the policies of accreditation agencies, journal editors and business school deans in recent years. Part of its agenda, made sharper by the powerful legacies of the global financial crisis and the impact of the pandemic, is the re-orientation of research around societal need, especially ‘grand challenges’, as part of a broader re-examination of the business school in future societies.

This presentation examines how we might better promote responsible research that is responsive to the challenge of relevance and how taking impact more seriously might change our research practices and how we help prepare management academics for the future. Among the challenges we face as a community is a need to legitimize the role of business schools as more than just the cash cow of the higher education world and to demonstrate the impactful nature of B&M research more broadly, beyond the claim of academic excellence as indicated by articles in 4* journals. Embracing ‘the double hurdle’ of rigour and relevance is an essential component of any future research strategy.

RRBM is interested in highlighting and learning from research philosophy and practice that has created engaged scholarship through co-production with a broad range of stakeholders as well as demonstrating academic excellence and, thus, championing new ways of working to produce research that has a positive impact on business (e.g., responsible innovation) and society (e.g., new policy). This will be considered in terms of social value creation and the contribution of B&M research to the public good (e.g., in helping shape a circular or doughnut economy). In parallel, it will involve clarifying barriers to change that can constrain our research vision. Central to our reflection will be the primacy of improving the involvement of stakeholders in research through co-production and pluralistic and multidisciplinary research values and practices that privilege both basic and applied research.

Peter’s main research focus is on organisational foresight and strategic management where, he has (co)authored 10 books, including the bestseller “Sharpbenders” on organisational turnaround, and many articles in top journals in Europe and in the USA. He has been Chairman and President of the British Academy of Management (BAM) and Vice-President and President of the European Academy of Management (EURAM), where he was a co-founder of i) the Academy; ii) its house journal - the European Management Review; and iii) its Research Leadership programme, which he led for a decade. He is the immediate past Dean of the Fellows College of BAM. He holds Fellowships of BAM and EURAM and of five other academic and professional bodies. In 2013, the Central and Eastern European Management Academy (CEEMAN) honoured him with their European ‘Institutional Champion’ award and in 2015, the BAM honoured him with the Richard Whipp ‘Life-Time Achievement award’. Peter is a co-founder of the community for responsible research in business and management (cRRBM). 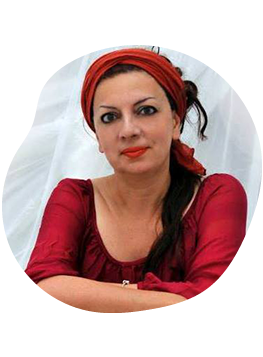 Klitsa Antoniou’s lecture will concentrate on the prohibition of Walking at contested boundaries and the significance of embodied crossings as border performances. She will first draw examples from the international art scene and then will focus on artworks from Cyprus including two of her own, to address questions of performative artistic walking practices at such boundaries and inquire how effectively actions can problematize and challenge them.

Antoniou’s artworks, 2001/51/EC-Embodied Crossings-Now Boarding, (α collaborative and social participatory action, 2015-today) and The Long Walk (site-Specific Installation at Prespes Walking Encounters, 2021), attempt to respond to the above questions by transforming artificially imposed barriers into points of performative and irrational confrontation thus highlighting issues of freedom, subjectivities, trafficking and surveillance. For the 2001/51/EC - Embodied Crossings - Now Boarding, the artist and the Museum of Forgetting in Sweden, launched an open call through social media, inviting passengers flying from Cyprus to Sweden to “smuggle” a fish trap filled with refugees’ clothes. For the  The Long Walk at “Prespes Walking Encounters’’ 2021, three exact copies of the yellow ‘’Caution’’ signs (U.S. highway safety sign warning motorists to avoid colliding with illegal immigrants darting across the road) were placed at various points by the main roads near the borders at Prespes. Both works raise fundamental questions and awareness with regard to immigration and refugees, the dangers and prosecutions they face during the otherwise inconspicuous, routine act of daily walking and simultaneously demonstrate the fundamental association of walking with the hope of a better life.

Klitsa Antoniou is a Professor of Fine Arts in the Fine Arts Department of the Cyprus University of Technology. She studied at Wimbledon School of Art and Saint Martin's School of Art and Design [B.F.A.] in London, at Pratt Institute [Master in Fine Arts] and New York University [D.A.] in New York. Since 2014 she holds a PhD in Theory and Philosophy of Art (Dissertation title: Contemporary Cypriot Art: Loss, Trauma, Affect and the Material that Passes into Sensation) from The Cyprus University of Technology. 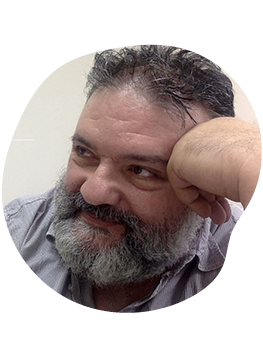 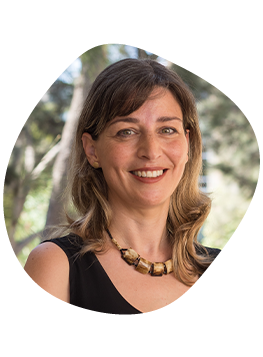 Title: The Architecture of Violence: hostility, othering and exclusion at the EU’s Mediterranean border

While southern European countries claim to host and welcome people who survive treacherous sea crossings across the Mediterranean, a glance beyond dominant narratives and discourses reveals systemic exclusion and subjugation. This starts with non-assistance at sea and the criminalising of search and rescue NGOs, factors which contribute towards making the central Mediterranean route the deadliest border crossing in the world. Despite the dangers and the well-known risk of death, migrants persist in embarking on this journey by sea, in itself a clear indication of the strength of the push factors that compel them to move. Their hope is to find safety, freedom, opportunity, and human rights on the other side, Europe. Instead, their journey and reception are all too often characterized by death, detention, and hostility.

Drawing on a rich body of literature discussing borders and citizenship in contemporary societies, and my own long term ethnographic research on the central Mediterranean islands of Lampedusa, Malta and Sicily, this lecture will present the foundations of this system, designed and constructed to consolidate an ‘othering’ process, at any cost. Ironically, this ‘architecture of violence’ is officially shrouded in a humanitarian discourse. This lecture takes a social constructionist approach, looking into how these practices of ‘othering’ are (re)produced and resisted by the travellers, workers and locals present on the territorial border.

Daniela DeBono is a Resident Academic at the University of Malta at the Department of Anthropology where she teaches courses, among others, on refugees, migration and displacement, borders, humanitarian action and human rights. She is also Research Coordinator of the Research Node 'Displacement, Democratisation and Development' at the Mediterranean Institute. She is an Affiliate of the Malmö Institute for the Studies of Migration, Welfare and Diversity (MIM).

Previously she was Associate Professor in International Migration and Ethnic Relations at the Department of Global Political Studies, Malmö University. She held a Marie Curie COFAS Research Fellowship at the Robert Schuman Centre for Advanced Studies, European University Institute, Fiesole and was a Research Fellow at MIM, Malmö. She was awarded a doctorate from the University of Sussex, where she was based at the Sussex Centre for Migration Research; and appointed Associate Professor at Malmö University. She has conducted long-term ethnographic research on irregularised migration across the Mediterranean, border control and management in Malta, Lampedusa and Western Sicily. She also undertook an ethnographic study on deportation from Sweden. In relation to these projects, she has published on irregularised migration in the Mediterranean, on hospitality, human rights and humanitarianism in the immigration field, on return and deportation from the EU. Daniela is the country expert for Malta at the Global Citizenship Observatory, European University Institute and has authored a series of reports on citizenship law and policy, naturalisation and access to electoral rights.